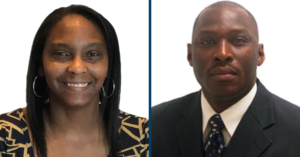 The Board of Trustees unanimously approved Amy Bay as the next Principal of Ross Elementary School on Wednesday, June 26.

Bay, who previously served as the Principal of Brule Elementary in Navasota ISD for the past three years, will assume the position vacated by Kristina Brunson who was recently hired as Bryan ISD’s Assistant Director of Professional Development.

Dr. Christie Whitbeck, Bryan ISD Superintendent, is excited about the next chapter in the historic elementary school.

“Ross is in great hands,” Whitbeck said. “Amy has a proven track record of leading an elementary campus with strong systems and a caring and compassionate atmosphere. She will work well with the dedicated team in place.

”In turn, Bay is looking forward to her new role and becoming a part of the Ross community.

“I am very excited about the opportunity to join Bryan ISD and serve the staff, students, parents and community of Sul Ross Elementary,” Bay said. “Bryan ISD is a great district that is thriving and affords a variety of opportunities for all students and staff. I am looking forward to honoring current traditions while continuing to grow and move in a positive direction with the District’s support.“

Amy Bay started her career in education as a fourth-grade writing and grammar teacher at Navasota Intermediate School. She went on to serve as an Assistant Principal at two elementary schools in Navasota ISD before becoming Principal of Brule Elementary in 2015.

Bay has extensive experience in coordinating bilingual and English learner programs and is already an active member of the community, serving on the Principal Panel at the Texas A&M Leadership Institute for Texas A&M Department of Educational and Human Development.

The Board of Trustees unanimously approved Dereck Rush as the Director of Student Health, Fitness and Athletics on Wednesday, June 26.

Rush, who served as the Assistant Athletic Director and Head Football Coach at Oak Ridge High School in Conroe, Texas for the last seven years, will assume the position vacated by Janice Williamson who was recently hired as Bryan ISD’s Executive Director of Athletics, Student Health and Fitness. He is excited to work for Williamson in leading Bryan student-athletes and “beginning a new era in his career.”

“I know that working under the leadership of Janice Williamson will aid me in being a servant leader for Bryan ISD,” Rush said. “I would like to thank Superintendent Dr. Christie Whitbeck, the interview committee and the School board for giving me an awesome opportunity to serve within this district.”

The former All-Southeastern Conference linebacker at Mississippi State University said he is fully committed to the Bryan community, which is one of the many reasons Whitbeck is excited to bring him on board.

“Coach Rush has won multiple coach of the year honors and achieved great success including winning football and basketball state championships as a player,” Whitbeck said. “Beyond his success on the field and court, we are excited about his ability to develop relationships and leaders. I’m confident he will serve as a role model for our students and a fixture in our community.”

Dereck Rush started his high school football coaching career as a Co-Defensive Coordinator/Varsity Defensive Ends Coach at Odessa High School in 2000. He went on to serve on coaching staffs at Midland Christian High School and John Tyler High School, where was named the Head Football Coach and Campus Athletic Coordinator in 2007, overseeing 65 coaches and 1,200 student-athletes. In 2012 he accepted the head coach and assistant athletic director position at Oak Ridge High School in Conroe, overseeing 85 coaches and 1,900 student-athletes.

Rush is an active member in his church where he serves on the member board of directors, is involved in several athletic associations and the Fellowship of Christian Athletes. His career includes the implementation of character development and community service programs for student-athletes, overseeing construction projects and developing numerous community partnerships.