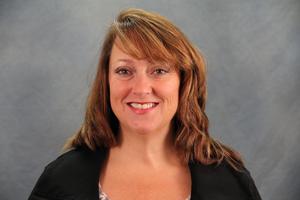 The Bryan ISD Board of Trustees unanimously approved Shannon McGehee as Director of Student Services at their board meeting on Monday, June 7, 2021.

McGehee is a veteran Bryan ISD administrator, serving in various campus level administrative capacities over the last 17 years.  For the past eight years, she has served as the principal of Davila Middle School.

“I am thrilled and excited to transition to the position of Director of Student Services. I look forward to continuing to work with students, families, and the community of Bryan ISD in this capacity,” McGehee said.  “I also want to thank the staff of Davila Middle School. Sharing the single-minded focus that all scholars can grow both academically and as young adults has been the highlight of my career. I would not be the person or educator I am today without their support.”

“Shannon McGehee’s experience and dedication to ensuring children are first makes her the perfect fit to transition to the Director of Student Leadership,” said Bryan ISD Superintendent Dr. Christie Whitbeck.

Shannon McGehee received her Bachelor of Science and her Master of Education Administration from Texas A&M University.


She began her career as a teacher at Long Middle School twenty-six years ago. She then served as an Assistant Principal at Rayburn Middle School for four years before opening Rudder High School.  In her five-year tenure at Rudder, she served as the Dean of Instruction and Associate Principal.  For the last eight years, she has been the campus principal at Davila Middle School.


During Shannon's time as principal of Davila Middle School, she oversaw the expansion of the campus as part of the 2014 bond.  She has been awarded the Bryan ISD Administrator of the Year and Region VI Middle School Principal of the Year.


Shannon is married to Drew McGehee, who is a 1989 graduate of Bryan High School, realtor, and a local business owner for the past twenty years.  They have one daughter, Riley, a 2018 Bryan High Graduate and Commended National Merit Scholar who will be starting her senior year at Texas A&M.